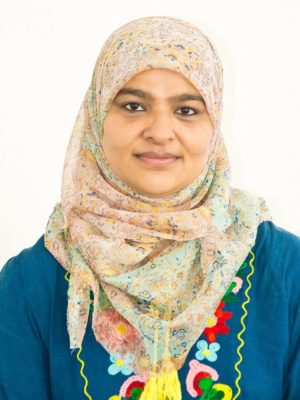 Mahmooda was appointed as Vesey Community Governor in September 2018. She is a member of the Teaching and Learning Committee. She has a son who studied at BVGS and has left to go to university.

Mahmooda is mother of 3 teenagers. She has a secondary school teaching background. After her second child, she made the decision to be a stay at home mum. However, Mahmooda was always involved in community development type of work on voluntary level. Mahmooda was awarded a Special Community Award presented by Women of Cultures and the Birmingham City Council in 2008 for her work in the community.

Mahmooda has been involved in many initiatives in the city and some beyond, to enhance our relationship with people of all background. She is a strong believer of human race having more things in common than differences. By working together as one humanity, putting aside differences, we can achieve many great things and make this world a better place.

Currently, Mahmooda is the Birmingham Branch Coordinator for Islamic Society of Britain. She is working one day a week with Ella Baker School of Organising and 4 days a week as a West Midlands Programmes Coordinator, for the Faith and Belief Forum.